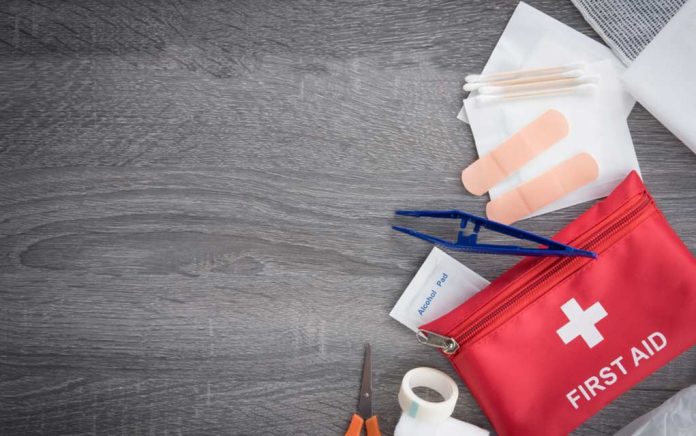 (HealthyResearch.com) – First aid myths: They’ve been passed down throughout the years, but most aren’t legitimate pieces of advice. Some are simply useless, while others are dangerous or even life-threatening. Let’s take a look at 5 first aid myths you need to forget.

1. Tilting Your Head Back for a Nosebleed

Tilting your head back for a nosebleed won’t slow the drainage of blood coming out of your nose, but it will make the blood run down the back of your throat and into your stomach. Swallowing blood may cause stomach upset or even vomiting.

What You Should Do Instead: Pinch the bridge of the nose and lean forward, letting it drip into a tissue or, in the worst case, on the floor until it stops bleeding. If it doesn’t stop bleeding within 10-15 minutes of holding pressure, repeat the process for another 10-15 minutes.

Seek emergency care if the bleed lasts for more than 30 minutes, if you feel faint or light-headed, or if the nosebleed follows an accident, fall, injury or assault. Bloody noses that won’t stop bleeding on their own can be life-threatening from loss of blood.

Butter is great for cooking, but not much else. Butter on burned human skin holds in the heat and continues the cooking process — exactly the opposite of what we want to do for a burn of any kind.

What You Should Do Instead: Rinse burns, including sunburns, with cool water for several minutes until the pain begins to ease. Do not use ice because ice can cause additional injury to the tissue through hypothermia.

Seek emergency care if the burn is severe, if there is confusion or disorientation, if the victim is shivering or has cold sweats, or if chills and fever develop. Burn ointments or sprays may help with pain, and ibuprofen or acetaminophen, used according to directions, might also help. Never open blisters, and be careful to watch for signs of infection.

Never put anything into the mouth of someone suffering a seizure. It used to be a tactic people were told to use to prevent the person from biting or swallowing their own tongue. But the risk of choking or hurting themselves is much greater with something foreign in their mouths. Someone suffering a seizure might bite their tongue, but they won’t sever or swallow it.

What You Should Do Instead: Help the seizure victim to a prone position, and make sure they’re in a safe place and won’t knock anything over on themselves. Turn them onto one side and hold their head gently until the seizure subsides. Don’t restrain them. Seizures can be frightening to watch, but as long as the person suffering the seizure is kept safe, they should come back around after a few minutes.

Seek emergency care if this is the person’s first seizure, if the seizure lasts more than 5 minutes, if the person suffers a second seizure immediately after the first, if there are other health concerns, or if the person is wearing a medical alert bracelet or necklace alerting you to call 911. Seizures are a serious medical condition, and victims might need more help than simple first aid.

If you’ve ever brushed rubbing alcohol on your skin, you’ve probably felt a cooling sensation from it. The alcohol is volatile and dries quickly, making your skin feel cool but without actually doing much to reduce the temperature. Because of this, using rubbing alcohol won’t bring down a fever. It might actually be harmful because alcohol can be absorbed through the skin, which can lead to alcohol poisoning and even comas in small children.

What You Should Do Instead: Take acetaminophen, use a sheet or light blanket in place of a heavy blanket and try changing out cool damp towels or taking a lukewarm bath to help reduce a fever faster.

5. Sucking the Poison Out of a Snake Bite

If you should ever be bitten by a poisonous snake, do not let anyone attempt to suck out the poison with their mouth. You might both end up as venom victims, or you could add infection to your problems. In addition, snake-bite kits, which include a plastic syringe to pull the poison out, likely won’t do much good either. Once a person is bitten, the poison begins to spread through the bloodstream.

What You Should Do Instead: Minimize your heart rate by staying as calm as possible. This will help reduce the speed at which the venom may spread. It is critical to seek emergency medical assistance immediately.

Even though you want to slow the spread of the venom, do not use a tourniquet. The concentrated venom is generally quite destructive to tissues. By applying a tourniquet, the concentrated venom stays closer to the source of the bite, but it might do significantly more tissue damage to the limb. Allowing dilution through the bloodstream may reduce the damage to the limb.

If possible, take a photo of the snake, but only if you can do so safely. Determining the type of snake will help medical professionals determine which antivenom (also called antivenin) should be administered. Not knowing what kind of snake bit you might complicate treatment, although some polyspecific antivenoms can treat bites from a number of snakes found in a particular geographic region.

There you have it: five new sets of facts to replace five first aid myths. If you’re ever in doubt about a first aid issue, seek emergency medical attention or schedule a visit to see your doctor as soon as possible.